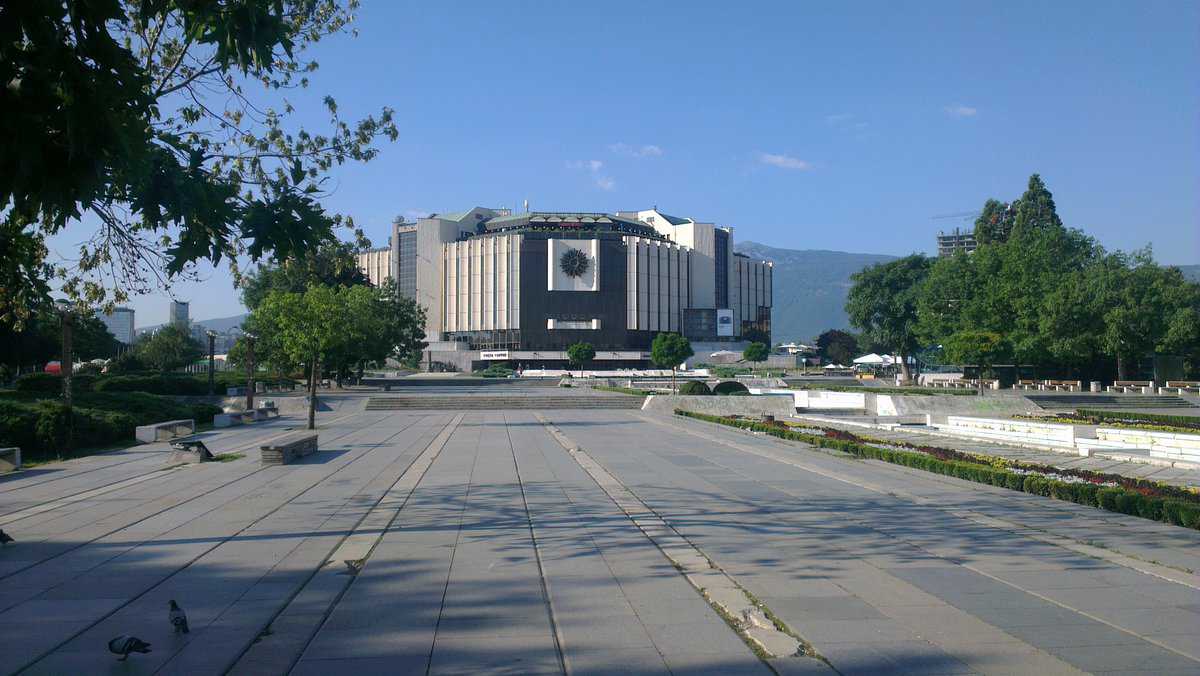 Association for Computational Linguistic (ACL) conference is one of the top ranked conferences in the field of natural language processing. This year I am attending ACL 2013 (http://www.acl2013.org/site/) in Sofia, Bulgaria. Surprisingly, the main conference sponsor is Baidu. My presentation is scheduled on Friday, 9. Aug 2013 at 16:30 (GMT+2) within the BioNLP Workshop, Gene Regulation Network Shared Task, which Marinka Žitnik and I won.

Yesterday I flew via Vienna to International Airport Sofia and took a cab to William Gladstone Street 44, where is my hotel – Art’Otel and I am staying here until saturday. The hotel is nothing special, but it is good enough (In my opinion not worth of all ****) and quite close to the conference venue – 10minute walk.

First impressions about Sofia: I thought Bulgaria was in very bad condition, but it is not. Cars are normal, people look European-like, streets are clean. I also like the peace in the city. There is no rush, not so car-overcrowded and there are exactly enough people on the streets.  The only thing one would notice is that most of the buildings are older. For instance, the National Center of Culture (NDK) is enormous building, very nice, but should be renovated to look more modern. The same goes for the park in front of it, etc.. So to conclude, the only thing Sofia would need in my opinion is buildings renovation.

Today, Sun, August 4th, there was a tutorial day at the conference. There were four parallel tutorial in the morning and another four in the afternoon.

In the morning I attended the tutorial Variational Inference for Structured NLP Models by David Burkett and Dan Klein.

The tutorial was very informative and greatly presented. The focus of the talk was how to efficiently implement inference over already given factor graph with static structure. The intro started with introduction into HMM and then into different CRF types (linear, arbitrary, tree-like). Firstly, we were introduced to inference using Mean Field and then its approximation when trying to learn two interdependent labeling tasks. We continued with the problem of joint parsing and alignment. Lastly, we were talking about (“loopy”) belief propagation and using it for inference of dependency parsing.

During the lunch break I went to Boom – this appears to be the best place to eat Burger in Sofia. I got this inside info by my friend Didka (like there will be many other tips during my stay in Bulgaria :)).

In the afternoon I attended the tutorial Robust Automated Natural Language Processing with Multiword Expressions and Collocations by Valia Kordoni and Markus Egg.

The talk was about identifying multiword expressions, for example “take the clothes off”, which means the same as “undress”. I saw no technical information of algorithms, approaches, …, just raw history of research in this fields, so therefore I went to another tutorial session after the coffee break, even though I had not apply for it.

I moved to the Exploiting Social Media for Natural Language Processing: Bridging the Gap between Language-centric and Real-world Applications by Simone Paolo Ponzetto and Andrea Zielinksi.

This tutorial was a bit more interesting, but kept on a very general level. Friends later told me that the first part was better as there were more technical details given. The second part was a review of work in entity and event extraction from twitter along with some practical systems presentations. For example, the talk focused into extraction of person names, e.g. “Steve Jobs” and events, e.g. “DEATH”. Two interesting systems were about earthquake reporting and location-based disease information aggregation.

In the evening there was Welcome reception at Sky Plaza – on the top of NDK. There we got Bulgarian food, drinks and some live music. After few hours of mingling I went back to the hotel and here I am writing this post …