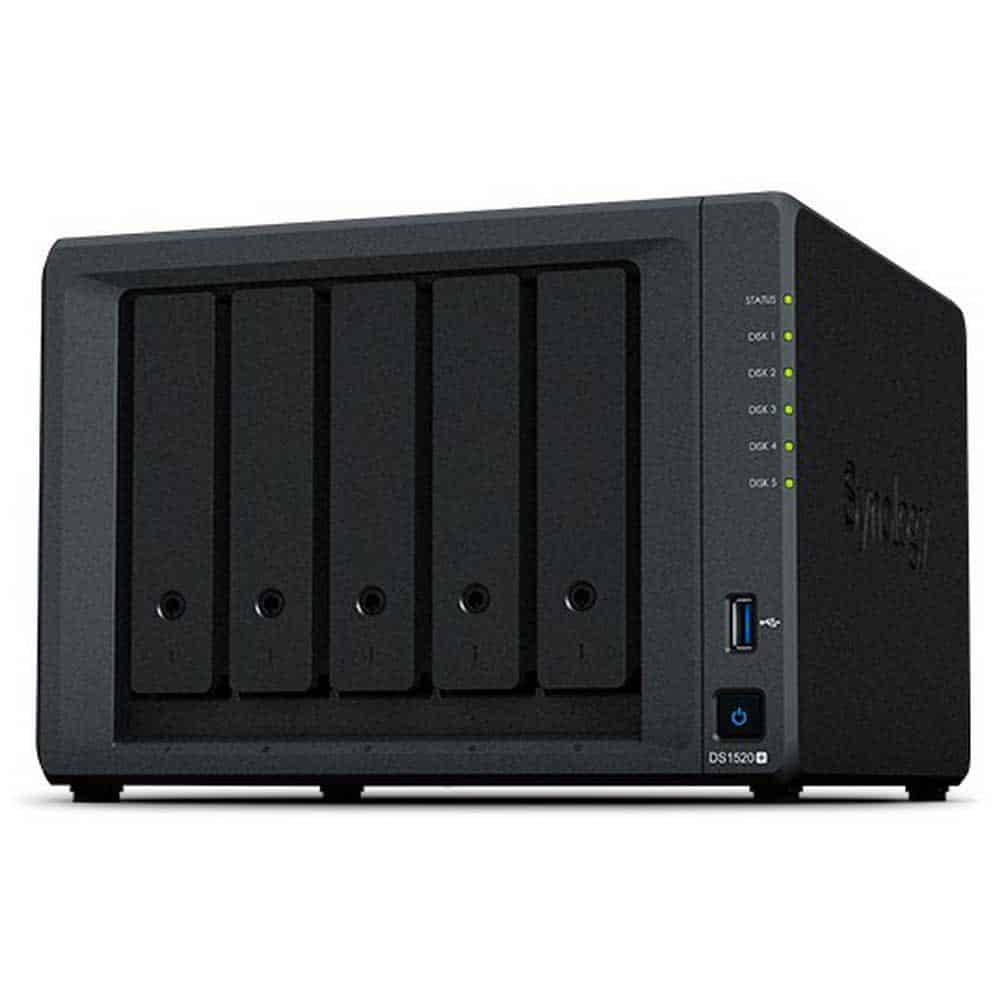 Last year I bought a Synology DS1520+. I am very satisfied with it (will have a separate post on that in the near future), having more than 40TB drives in it. As all my data is there, I wanted to have a remote backup on a Linux machine via rsync.

At the faculty (where I work), server room of our lab was being cleaned and two old machines were meant to be dumped away. One very old server and a bit newer Dell PowerEdge R840. The latter featured Intel Xeon, 8GBs of RAM and two SAS controllers. One of the SAS controller was attached to 4 HDD slots and there were additional 4 SATA controllers on a motherboard. The only downside was the loudness of the machine but that would not be a problem as the server would be powered on only when backing up.

I took some time, installed another SAS rack into the server and connected additional two SATA drives directly to motherboard. Of course I needed to solder some power cables to existing power supply. As I used old drives, the total installation of 10 HDD drives got me around 5.5 TBs of space (enough for my current backup needs). I also manages to fix all the internals in the server and closed the chassis.

I installed an Ubuntu server, setup LVM (so that all the drives represented one logical drive), and setup basic rsync server.

Backing up from a Synology

My first backup was done in local network and it needed quite some time for cca. 4 TB of data. Then I moved the machine to a remote location. Of course the idea was to set up rsync via SSH. Everything was great until I turned SSH on.

I could not find the problem in configuration to enable rsync via SSH. I read many forums, posts related to the problem (mostly people were using Synology as a target and not the way I used it), … I managed to find out that rsync configuration must be user-specific, but the usage of full path inspired me by warmestrobot’s blog. The solved problems were the following:

I configured fstab file to automatically mount shared volume I was planning to use for backup. Then I configured a general rsnycd.conf file. And here was the problem!

When Synology connects to you rsnyc-enabled server via SSH, it launches a new rsync daemon as the SSH logged-in user. Therefore rsync daemon does not need to be running and rsyncd.conf must be in the home folder of the SSH user.

In the Synology Hyper Backup app you define the specifics of a backup task, such as what to backup, how often, destination path, credentials, … When enabling transfer encryption (i.e., SSH), the path in the Module must be absolute path at the target machine (e.g., in my case was /home/slavkoz/backups, where my backup volume was mounted).

Finally, after successful setup, timed powering on and turning of the machine, everything was working.

Still, currently I do not use that server as backup tasks are (a) too slow, (b) server is too loud to be running two days in a row per week, and (c) it uses a lot of power. Therefore I will buy another Synology just for the remote location.